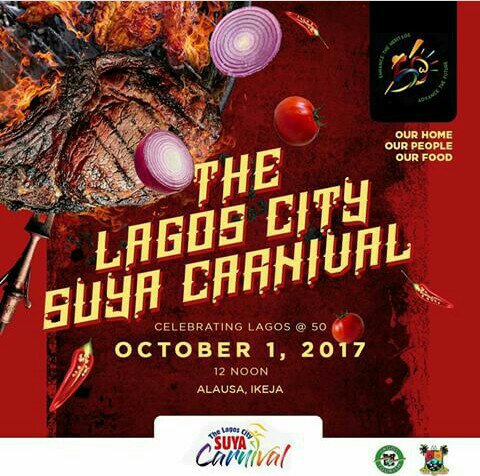 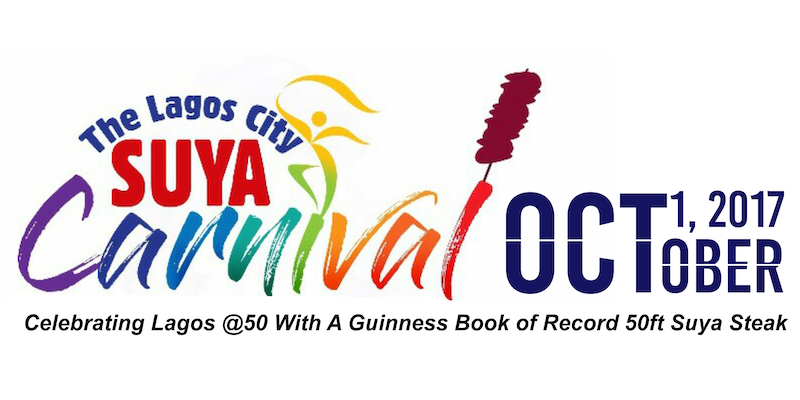 The Lagos City Suya Carnival.
The idea was borne out of the need to celebrate Africa, Nigeria and most especially our Lagos using one of the chops that has become a household name across metropolis over several years.

A Suya carnival, you might wonder? Well, this is one carnival that isn’t been replicated from anywhere in the world as it has its own origin here in Lagos, Nigeria. Which better way could we have launched such a carnival with such magnitude? Where could we have launched this and when could we have launched the Lagos City Carnival are the questions that ravaged our mind when this idea came to me.
For us, after so many deliberations we concluded that no where other than Lagos is perfect for us to berth with this carnival. And which better way to launch it than the commemoration of the Lagos at 50 celebration with the event rounding it off. Making a 50ft long Suya steak and breaking a record hence putting Lagos state as a whole on the world map isn’t a bad way to launch the event of this magnitude.